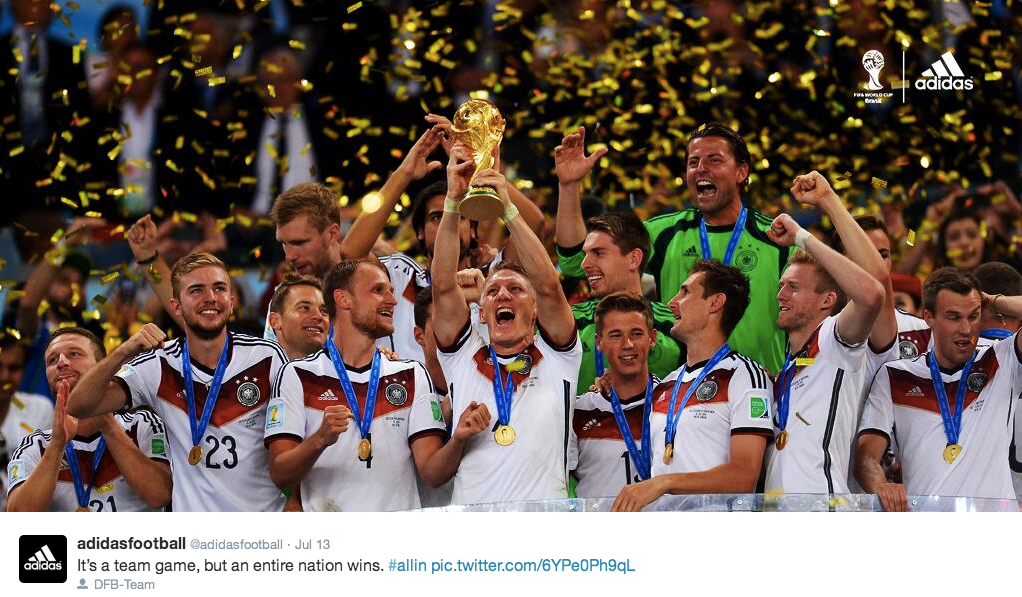 Adidas case study: What a brazuca, 6 months planning & hour to hour calendar can achieve for the Brazil World Cup 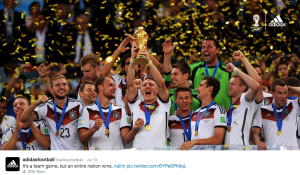 I love insights and windows into real time and social media marketing hubs, especially when large companies such as adidas plan for global sporting events such as this years World Cup.

With all of this and props to the agency I can definitely say adidas were #allinornothing and despite being an official sponsor it did not hold adidas back with a holistic marketing campaign to engage with global fans and push awareness and sales.

Let’s see how the post tournament numbers look, so far adidas has reported really impressive numbers. I am pretty sure the German sports giant is also pretty pleased with its home nation winning the World Cup and having the ability to double market their successes.

Nielsen have today released impressive stats that 70% of tweets about adidas are actually connected to the World Cup, showing how well the brand and tournament have been associated and how on point adidas have really been.

Well done adidas, you are definitely raising the standards for us to aspire to.